TRAVEL BLOG What Kind Of Traveller Is Paul Young?

What Kind Of Traveller Is Paul Young?

He’s the chart-topper whose career has gone the distance. Over five decades, Paul Young has cemented his status as one of Britain's biggest pop stars, with a back catalogue of hits, including “Every Time You Go Away" and "Love of the Common People;” alongside his iconic performance, singing the opening lines of Band Aid’s, “Do They Know It's Christmas?".

Since his 1980's heyday, the performer has continued to enjoy touring success globally and now he’s back with his first solo album in more more 20 years. 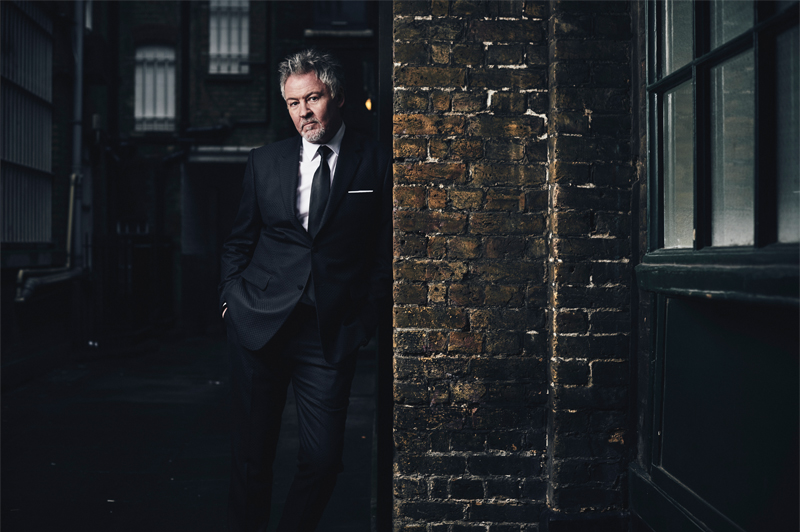 Paul Young's favourite holiday was driving a motorhome across the USA.

My best holiday ever:

My family and I all agree that the one we’ve enjoyed the most (even including the occasional sun-soaked ones) was when the kids were much younger and we did an RV trip across the USA. They loved it so much we did it three times!

We did so many different things – flew over the Grand Canyon, rode on horseback, drove jet bikes, watched a gunfight in Tombstone – all sorts of crazy things. The kids just loved it.

I never travel without:

My laptop, for obvious reasons, and an old fashioned iPod. I’ve got 12,000 songs on it – there’s not a phone in this world that can fit all my music!

A relaxing holiday for me:

Whichever holiday I get to take! I used to have a few holidays each year, but these days I have to work so hard just to keep the family running. It’s the way the music business has gone and the the ways of earning money shrink each year. Right now it’s just really live music and because that means every band needs to go out on the road to survive – promoters are trying to pay us less.

My favourite place to tour:

I don’t have a favourite place as such, but the last time I was in Australia – which I think was only last year – was pretty memorably. I was there with Go West, Nik Kershaw and the Cutting Crew and I think because there were four artists on the bill, people really got into it. They got dressed up and were out for a good time – it was fantastic. But you Aussies are known for having fun, aren’t you?

In Paul's favourite city: A Perfect 24 Hours In New York

Other famous flyers: What Kind Of Traveller Is Julia Zemiro?

How I survive long haul flights:

I watch movie, after move, after movie. I don’t watch TV much in general at home, but once I’m on a plane, I watch a lot. That aside, I have no trouble sleeping anywhere. I think that’s part and parcel of being a musician. If you can’t learn to do that, my God, touring would be hell. And I probably love touring because I can sleep.

I still love New York. There’s so much going on. I know it has changed a lot, but the one thing I wasn’t into way back then was like Latin American music, so I would love to go back now and just go to some of those cool Cuban clubs in the city. I also love walking around Greenwich Village, it’s just a lovely place.

While I can be impressed by posh hotels, I generally don’t enjoy staying in them. I remember talking to the other Paul Young  – the late singer from Mike & The Mechanics – and I told him that I’d done the RV across America with my kids.

Turns out he did too, but unlike me, he kept checking into hotels. I told him that the whole point was that you’re supposed to sleep in it, while being in the middle of nowhere. That’s the fun of it! Well, it’s fun for me, anyway.

It’s got to be Italy every time! Italians make food that’s so good it brings tears to your eyes. I was actually doing a TV show in Italy and we were just strolling around looking for somewhere to eat in the afternoon after the sound check. We found this place – the food was really nice – and then at the end of the meal, the maître d’ called the owner and he came in and he said, "You came to my restaurant and I didn’t know? I want to cook for you, so you must come back after the show!"

So we came back after the show and he cooked a seven or eight course meal, which was to die for. It was absolutely incredible. It was in a little place called Gubbio about two hours out of Rome.

My best piece of travel advice:

Travel with people you care about. For me, it’s my family and travelling is about being with them more than anything else. Also, no matter where you go – even if it’s a sun, sand and sea holiday – try to incorporate some adventure into the trip.

I want to go back on another RV trip. My kids are hounding me to do it just one more time. I know we’ll get on each other’s nerves, but my eldest daughter is very successful businesswoman now, and she said we’ll get two RVs. They can drive one and I’ll drive the other. So that’s a trip that just might happen.

Originally from the UK, Paul has lived and worked in three different continents: from the heady metropolis of Dubai, to North America and - as of six years ago - Sydney, Australia, a place he now calls home. His travel career spans 13 years across various print and digital outlets. Until recently, he worked as a senior TV producer for Channel 7. Now, he's back doing what he does best: travelling.

What Kind Of Traveller Is Neil Perry?
Guest Posts

What Kind Of Traveller Is Lisa Curry?
Guest Posts

What Kind Of Traveller Is Julia Zemiro?
Guest Posts

What Kind Of Traveller Is Lucy Lawless?
Guest Posts